The Youth Engagement Fund (YEF) is the only donor collaborative in the United States created to increase the civic participation and electoral power of young people and has been dedicated to doing so for over a decade. We are uniquely positioned to catalyze and facilitate greater philanthropic investment in building political participation and civic activism among young people, their networks, and communities to accelerate progressive social change. In 2018, YEF committed to a vision that builds the voice and agency of youth of color and marginalized young people to advance democratic governance and generate a culture of year-round civic engagement. YEF’s grantmaking principles lead through a philanthropic leadership model that: 1) demonstrates commitment to racial equity; 2) supports the advancement and power building of marginalized youth, especially youth of color and their communities; 3) adds value to building local infrastructure in geographic areas with the largest and growing numbers of communities of color; and 4) expands resources for youth focused efforts that create vehicles for youth and communities of color to lead and become life-long civic participants through issues that are important to them.

YEF invests in state-based youth-focused social justice organizations –mainly in the South and Southwest –that engage youth of color and marginalized young people in civic engagement, including non-partisan voter engagement, issue and electoral campaigns. To build, grow and catalyze resources, infrastructure, and leadership in the youth civic engagement sector, YEF provides monetary grants, serves as a connector and convener, and supports access to technical assistance to ensure youth focused groups are equipped with the tools, relationships, and structures necessary for success. YEF brings together diverse donors both institutional and individual, working across issues, and in varied regions, to enable collaborative grantmaking towards the common goals of a more reflective and inclusive democracy. 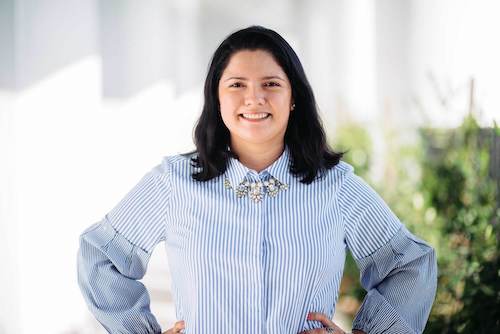 Over the past year, YEF engaged in thoughtful organizational and leadership development processes to meet the demand of the socio-political moment. Going into 2020, YEF is guided by the leadership of new Executive Director, Alejandra Ruiz who has been involved in the movement for social justice for 15 years since she first shared her story as an undocumented student turned new youth voter. Alejandra comes to the Youth Engagement fund with experience in grassroots organizing at the local and national levels, and expertise in navigating the world of philanthropy, especially with funder and donor partners invested in youth leadership and civic engagement. Her approach to leadership is informed by a racial justice and intersectionality lens formed by her development as a youth leader of color in the progressive movement in the United States.

A native of Colombia, Alejandra migrated to the United States at the age of seven with her mother and younger brother. She was raised in Jackson Heights, Queens and became an immigrant rights advocate as an undocumented high school student. As the Executive Director of the Youth Engagement Fund, Alejandra aims to expand and strengthen funding resources and capacity building to the youth civic engagement sector to increase civic participation among marginalized and youth of color in the United States.

Prior to joining the Youth Engagement Fund, Alejandra was the Director of Donor Organizing and Advising for the Movement Voter Project (MVP) where she engaged donors to support groups advancing work at the intersection of grassroots organizing and electoral politics. Previously, Alejandra served as the Development Director of United We Dream (UWD), the nation’s largest immigrant youth-led network. During her time at UWD, Alejandra was instrumental in developing strategies to build relationships and infrastructure for long term organizational sustainability, and supported local groups in advancing their fundraising plans. She also coaches youth on fundraising, career and workforce development.

Alejandra has worked as an education organizer at Make the Road New York, served with AmeriCorps VISTA, was a leader of the New York State Youth Leadership Council, and is a graduate of the Coro Fellows Program in Public Affairs. She holds a B.S. in Urban & Regional Studies, a B.A. in Spanish Area Studies and concentrations in Inequality Studies, Latino Studies and Latin American Studies from Cornell University. 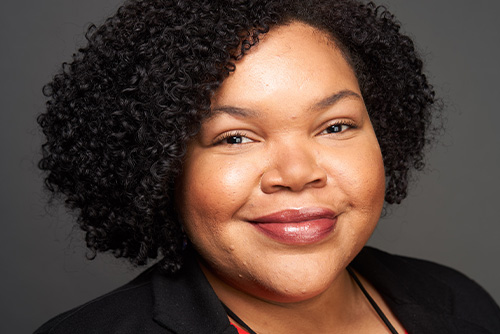 Liz is an intersectional movement leader and policy advocate with a decade of experience in direct service, development, policy analysis, and community organizing. After working on issues ranging from housing justice to food access, Liz has focused her career on systems reform efforts that improve governmental responses to communities in need. She learned first-hand from her experiences with childhood poverty, discrimination, and her father’s immigration journey that the American Dream is not accessible to all.

Before becoming the founding Director of the Democracy Hub, Liz served as Executive Director at the Tenants Union of Washington State, a 501(c)(3) nonprofit focused on housing justice for renters in Washington State. She currently sits on the board at the Tenants Union as their Treasurer and Secretary. Liz has degrees in Human Resources Management from Joliet Junior College and African American Studies from Western Illinois University. She earned her J.D. from Seattle University School of Law in 2017.

At the Hub, Liz was responsible for the development and implementation of all Hub program components. She also facilitated coalition efforts for the Honest Elections Seattle coalition, the intersectional group that campaigned to win the first-in-the-nation Democracy Voucher program in 2015. In 2018, Liz was elected as the policy lead on the steering committee of the Washington Voting Justice Coalition where she was responsible for tracking priority bills, conducting policy research, and promoting shared coalition policy priorities such as ending prison gerrymandering, prepaid postage on mail in ballots, and voting rights restoration. In her free time, Liz loves to dance, garden, and re-watch 90s sitcoms.

Renata Teodoro brings to this role a wealth of advocacy, social justice organizing experience, and fundraising. Her journey into social justice and immigrant rights, began in 2007 after her home was raided by Immigration Customs Enforcement. As a result of the raid her older brother was detained and the rest of her family was forced to sell their home and return to Brazil. Soon after, she joined the Student Immigrant Movement (SIM) in Massachusetts. As an undocumented leader at SIM, Renata helped with coordinating a local team, fundraising, and was part of a campaign to hold the governor accountable for his promise on in-state tuition for undocumented students. In 2009, SIM faced an enormous organizational challenge that put the organization as risk of closing. Renata took the initiative to re-build the organization by spearheading efforts on fundraising, hiring staff, help coordinating leadership and campaigns, and representing SIM nationally within the United We Dream Network. Under Renata’s leadership as the Lead Coordinator, SIM grew to become a stable youth led organization with full time staff and chapters across the state. She was an integral part of Operation Butterfly in the summer of 2013 as one of the three leaders who partially reunited with their mother at the US-Mexico border to bring light to family separation. Operation Butterfly was featured on the cover of the New York Times, CNN, and other major media outlets. Most recently, Renata served as the Student Advocacy Coordinator in the University of Massachusetts Boston, where she played a leadership role in the creation of scholarships and other resources for undocumented students, and supervised student run cultural centers.